Some may wonder why public relations is a
deserving topic for the extensive analysis it
receives in this encyclopedia. After all, many
might think, it is “just PR.” In the view of some or
even many, public relations is the art of sham, spin,
buzz, sandbagging, and “being nice.” Others fear it
as deep-pockets lobbying that gives privilege to
powerful companies and special interests. Having
said that, some critics and many in the general
public might be satisfied. They may take a dismissive
attitude. That attitude, however, can be counterproductive.
Public relations does not slink into
the corner because it is dismissed. It is there to be
seen and to exert influence. Thus, engaged and
thoughtful analysis of the profession may be
required before a final opinion is formed on the
ethics and societal role of the practice. Otherwise,
critics and students of public relations may make a
couple of serious mistakes.
First, a dismissive attitude toward public relations
often is based on a narrow and considerably naïve
sense of what public relations is and what practitioners
do. This sort of flippant dismissal can lead
one to miss the darker side of the practice, which
indeed adds evidence to support many of those
claims. However, such dismissal causes one to avoid
considering the reality that when mispracticed,
public relations can divert attention from the real
issue, giving a false sense of how popular and favorable
a product might actually be. Endless public
relations efforts exist, some heavily masked or even
dismissed by the half-sibling of public relations,
marketing. Thus, when we watch the Super Bowl or
the Academy Awards (or any of the endless list of
similarly high-profile events), we may fail to recognize
the hand of public relations being played.
Publicity and promotion are the often silent tools of
public relations; some will argue that the best public
relations is that which is not recognized as such.
The second mistake is failure to understand that
public relations also plays a large role in public policy
issue debates. In fact, during the 1970s, when
the term issues management was coined, that aspect
of the practice was started in large part by advertisers
who believed that issue advertising could combat
the critics of large business activities. This was
not a new era in public policy debates. Many senior
practitioners had a long reputation of working in the
public policy arena. Many believe that the enormous,
society-defining debates in the last decades
of the 19th century spawned much of the practice as
we know it today. But practitioners quickly realized
that issue advertising had limited likelihood of
appeal and impact as a means of narrowing the
chasm between corporate performance and public
expectations. In such debates, members of various
segments of the general public and opinion leaders
may be more interested in the arguments made in a
well-crafted editorial or book by an expert—or a
feature article—than an advertisement. Thus, the
work of the public relations practitioner came to the
fore—once again. 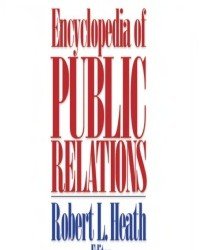