During the nineteenth century American political parties selected their candidates for elective offices in conventions. Around 1910 most states established a system of direct primaries whereby the voters selected their parties' nominees for public office. This book, first published in 2006, examines the transition from the indirect to the direct primary, as well as its implications for American politics. It offers a systematic analysis of the convention system in four states (New Jersey, Michigan, Colorado and California) and the legislative history of the regulation of political parties during the Progressive Era. It argues that the major political parties themselves were chiefly responsible for doing away with the nominating convention. Candidates played a pivotal role in inaugurating the new nominating system as they became more open and aggressive in pursuit of their parties' nominations. The convention system was never designed to withstand the pressures exerted on it by a more competitive nominating process. 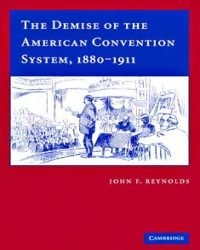